When UVC works, it really works. It can kill up to 99% of pathogens when used properly. This is why UVC treatment has been used for many years in clinical and laboratory settings for sterilizing equipment. It’s only in the last few years, especially given the current COVID-19 pandemic, that UVC has started to take off for personal use.

But there are a lot of legitimate questions and concerns about the safety of using UVC disinfection in different contexts. And rightfully so. UVC is an extraordinarily strong form of ultraviolet radiation that can be dangerous to humans when not used correctly. Because almost all the UVC emitted by the sun is blocked by the atmosphere, we are almost never exposed to these high-frequency light waves. But exposure to artificial UVC light can cause a sunburn in mere minutes.

One of the safety concerns that has emerged around UVC is whether it can be used safely to disinfect food. As is the case with most applications of UVC, the answer depends on how you use it.

UVC Has Been Shown to Kill Food-borne Pathogens

There’s little question that UVC light can kill the bacteria that can causes food-borne illnesses. Almost all living cells can be killed by UVC. However, the challenge with using UVC for food-borne pathogens is making sure the pathogens are exposed to them.

In laboratory settings, UVC has been shown to kill pathogens on the surfaces of fruits. One study from Washington State University exposed apples, pears, strawberries, raspberries, and cantaloupe to UVC light of different intensities. They found that UVC was able to kill about 99.9% of E. coli and Listeria bacteria on the surfaces of the fruit.

Importantly, UVC light also causes little perceptible change in the food itself. UVC is really only dangerous when you are exposed to the light rays themselves. It does not leave any residue. So there’s virtually no danger in eating food that has been exposed to UVC light.

Like any disinfection method, UVC can be helpful in increasing the shelf life of natural food products. Another, more recent study looked at the potential of UVC and refrigeration to alter the shelf life of different fruits. They found that both methods extended the shelf life of the fruits. UVC also caused slight changes to the levels of antioxidants in the fruits, enriching them in some but reducing their capacity in others. But the broader result is that because it has powerful disinfection properties, UVC can be used to keep foods fresh longer. This is especially significant for organic farmers and distributors, because maintaining shelf life is one of the principal challenges of producing food without chemical additives.

Challenges of Using UVC for Food

The biggest challenge with UVC in general is making sure the desired surfaces are sufficiently exposed to the light. UVC only works when pathogens are bathed in UVC light waves, which can be difficult to implement in a food processing context.

Foods often have textured surfaces that create microscopic shadows where microbes may hide. This can be mitigated by rotating foots under light to ensure all surfaces are exposed. Additionally, UVC can’t effectively sterilize a large pile of food. A rotten apple at the bottom of a large barrel will still cause others to rot, even if the barrel is exposed to UVC light. Food must be sufficiently spread out for UVC to be effective, so it must be worked into the appropriate phase of production depending on the produce. For example: UVC would work better at disinfecting apples before they are grouped together for shipment.

Another barrier is that some UVC systems, particularly older ones, lose some of their effectiveness in cold and moving air conditions – in other words, precisely the types of conditions present in most food production and packaging processes.

However, more modern products are solving this problem through novel mechanisms that can vary with the type of food being disinfected. For example, the UV Photons C110 P series an extended protective edition using special UV-C lamps covered in a UVC FEP cover to protect the lamps from shattering glass providing an ideal solution for food processing plant disinfection applications.

So like with any UVC system, the most important way to assure its effectiveness is to adapt your system to your conditions and needs. But with the right setup, UVC provides a safe and effective means of sanitizing food and other surfaces. To explore UVC systems from UV Photons, click here to view our products page. 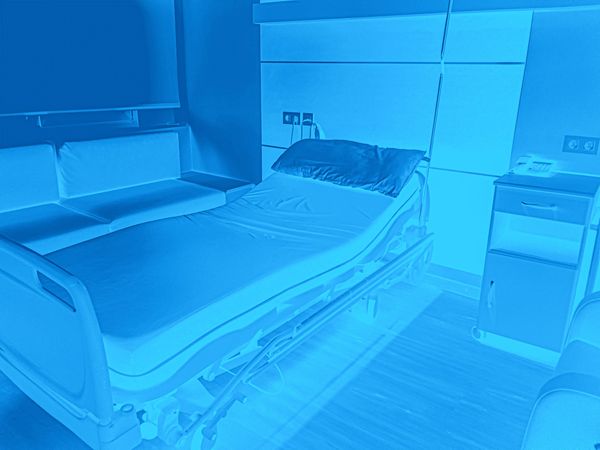 Bed bugs are some of the worst pests you can get in your home. They’re disgusting, give painful bites, and they’re difficu lt to destroy, UVC to the rescue. 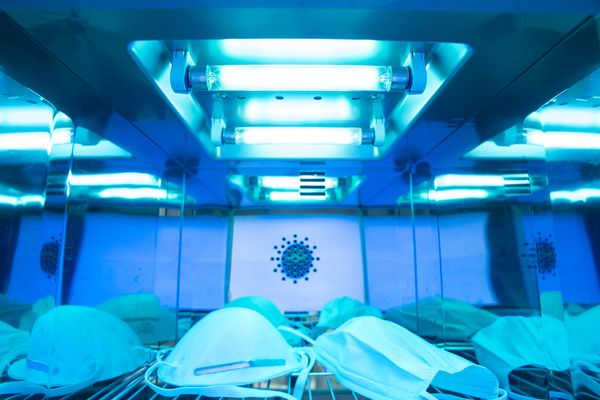 UVC uses specific wavelengths of electromagnetic radiation to kill bacteria and viruses. UVC waves are essentially a type of light wave, but they are invisible to the human eye and